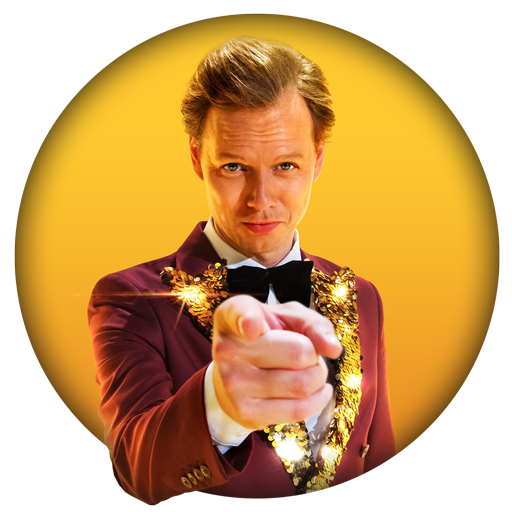 Jan-Paul Buijs (1984) is an actor, singer and writer. He graduated from the Amsterdam Theatre School (Amsterdamse Toneelschool & Kleinkunstacademie) in 2007.
Jan-Paul has acted in many theatrical productions with different companies and has written, made and performed in theatre and television productions with his own group, Circus Treurdier.
He is one of the creators of the cult comedy series TreurTeeVee, which has been nominated for several prizes, including a Golden Calf for best television drama. Having played many of the diverse characters in this series, Jan-Paul was nominated for a Golden Calf for best actor in a TV drama.

Jan-Paul has also acted in several Dutch films, such as Billy, Hiernamaals (English title: After Life) and Wat is dan Liefde. He also had a small role in the international blockbuster Spiderman: Far from Home.
Jan-Paul played one of the lead characters in the TV series Swanenburg, which aired on Dutch television in 2021.

For his performance in the latest Circus Treurdier production BAAAAAA Jan-Paul was nominated for the Louis d’Or, the award for best theatre actor in a leading role.